Look! Construction on La jambe is well underway . . . and they have a cool mural in the works (nice legs!)

We cannot wait for it to open later this spring. La Jambe is a wine bar that will serve charcuterie and cheese, located on the corner of 7th and Q Street NW. Congrats to Anastasia, Heather, and Dave! 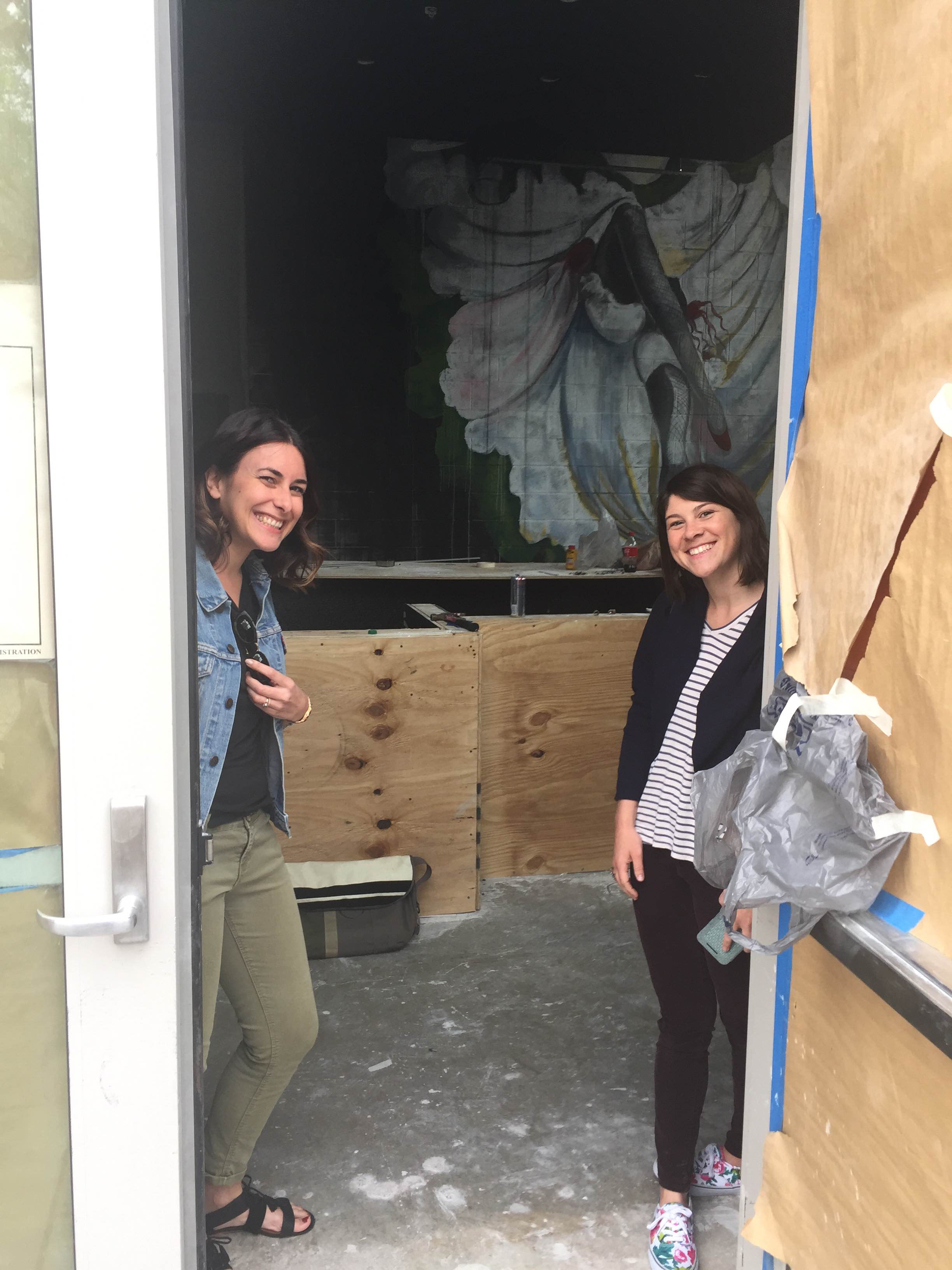 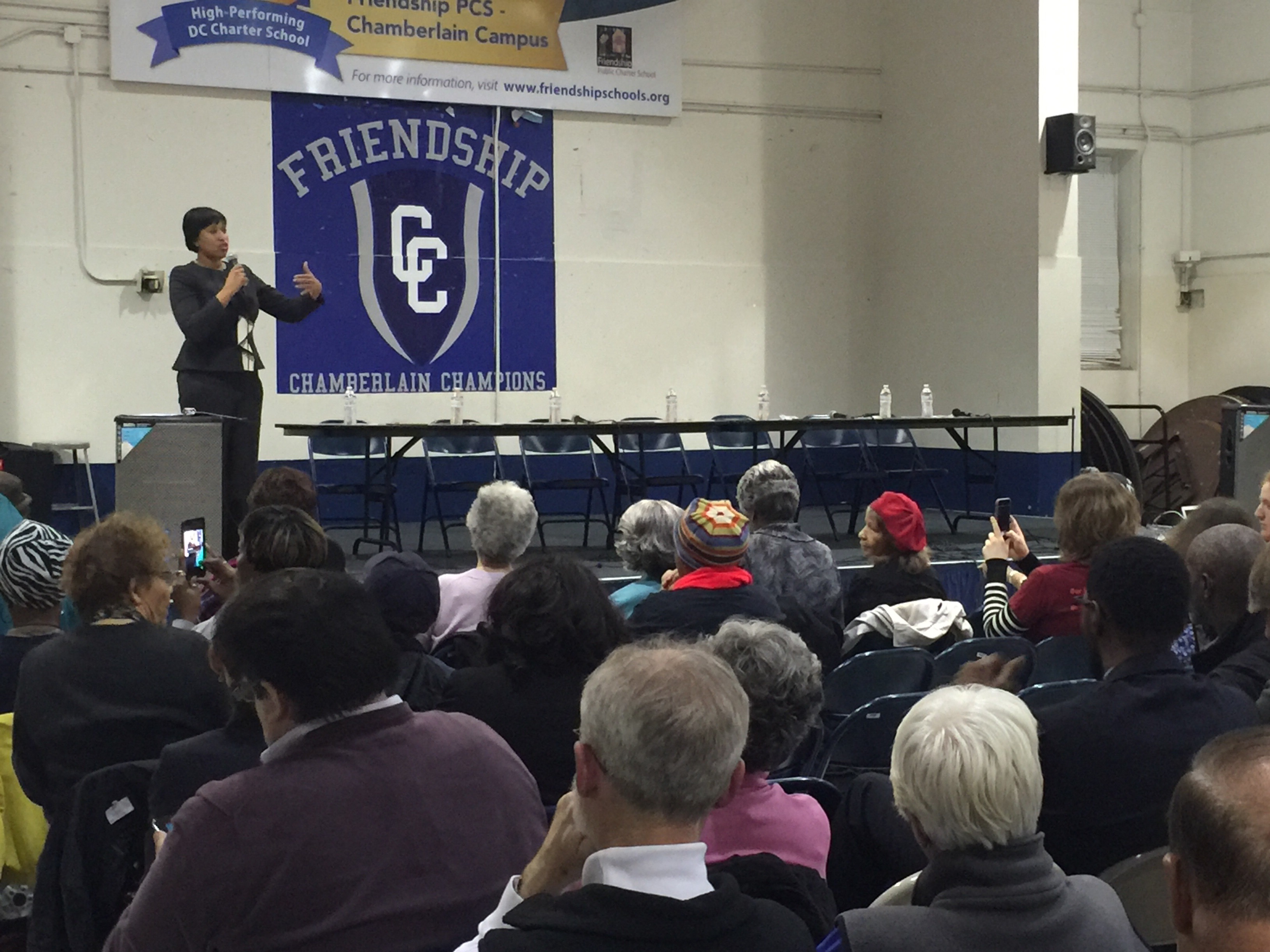 Great turnout tonight. Mayor Bowser is focusing most of her discussion on the citywide homelessness problem, especially need to close DC General, need to find smaller, more respectful locations throughout the city. She believes her plan will allow city to close DC General by 2018, and says she will be releasing legislative plan very soon (sounds like a matter of weeks). We also heard from Councilmembers Anita Bonds, Vincent Orange, and Council Chair Phil Mendelson.

It is great to see ANC6E Commissioner Frank Wiggons here, as well as Martin Moulton who of course was vocal about Shaw’s particular perspective in this Ward 6 Town Hall.

Finally, we are especially happy to have Shaw’s New Endeavors for Women as a sponsor of tonight’s Town Hall. Thanks!

There will be a Town Hall Meeting with Mayor Muriel Bowser and other officials on affordable housing and crime on Wednesday, Feb. 3, from 6:30 to 9 p.m., at Friendship Public Charter Schools at Chamberlin Campus, 1345 Potomac Ave., SE (Potomac Ave. Metro).

Speakers include Mayor Muriel Bowser, Ward 6 Councilmember Charles Allen and Councilmember-at-Large Anita Bonds. There will also be representatives from the Metropolitan Police the DC Attorney’s Office.

Non-profit and service organizations will be on hand to provide information and volunteer opportunities related to the Town Hall topics.

The meeting will be an open dialogue between the neighborhood and elected officials with opportunity for audience questions.

The Town Hall is sponsored by Ward 6 Democrats along with Capitol Hill Village, CHAMPS, CSNA, New Endeavors, Office of the Mayor, Capitol Hill Restoration Society and many other city-wide organizations.

Don’t forget that tomorrow is Family Movie Night @ Kennedy Rec Center. Bring a blanket & the family. Huge thanks to the office of Charles Allen for making this happen. 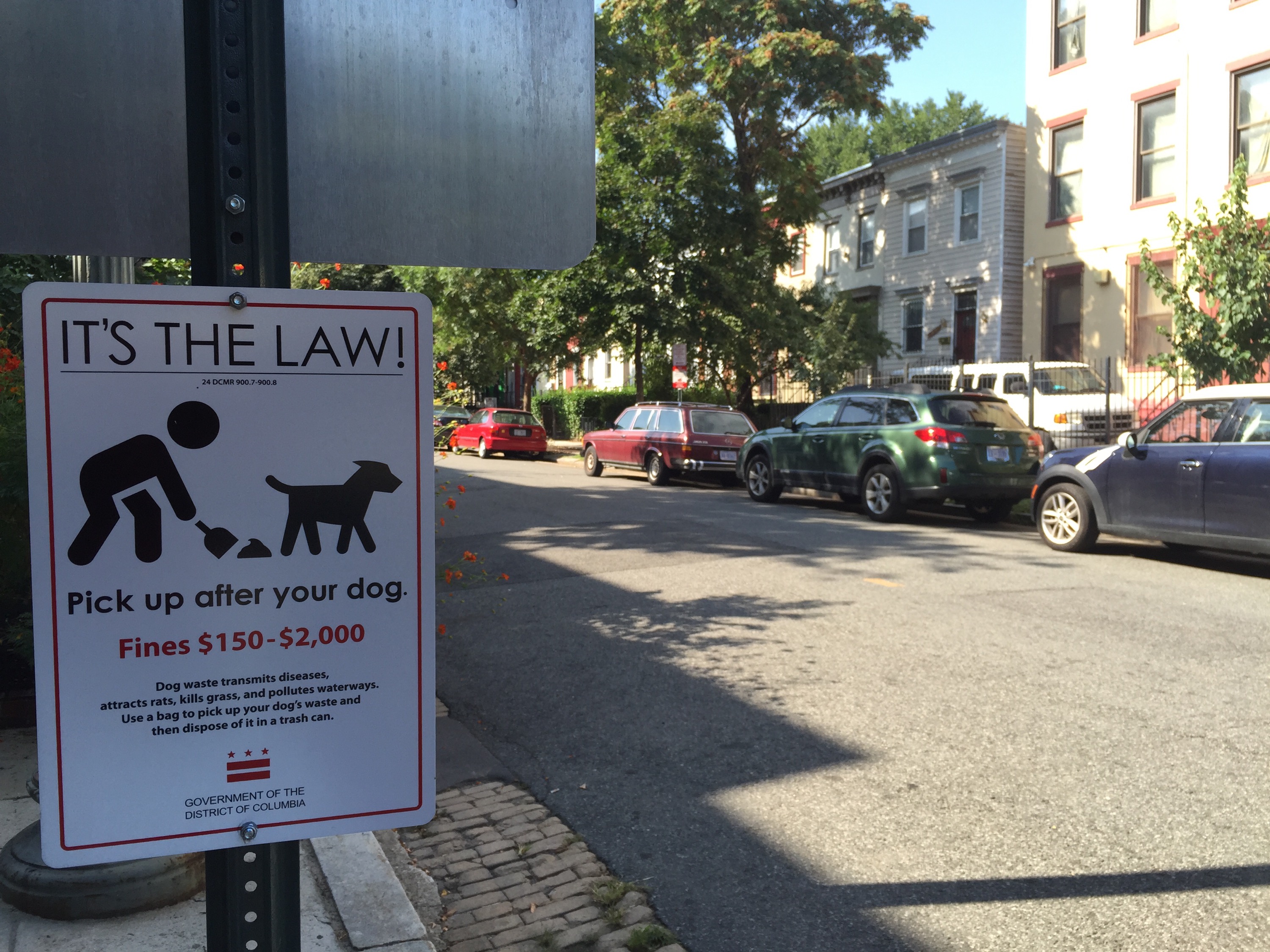 Mayor Bowser and DC MPD Chief Lanier addressed a crowd of media and neighbors to regarding this year’s spike in crime and to seek additional cooperation from the public.

To incentivize public cooperation, the city is increasing rewards for tips leading to a conviction to:
$2,500 for illegal guns
$10,000 for a shooting
The reward for tips leading to a conviction for homicides remains at $25,000.
The Mayor and City Council are also exploring areas where legislation may be helpful to law enforcement activities (e.g. making it easier to execute searches when there is suspicion of illegal firearms).
The Mayor also touched on the topic of making sure that the courts were pursuing appropriate sentencing in the prosecution of violent crime.
Chief Lanier touted police efforts leading to over 900 illegal firearms being confiscated, and recent efforts to crack down on things like illegal gambling, and other activities that have been precursors to violence.
They said the cause of the uptick in crime is not due to any single factor, and that the motives of the shooters has been diverse. They said the bottom line is that they need to get illegal firearms off the streets and out of homes.

Mayor Bowser’s Ward Six representatives Frank Maduro and Seth Shapiro organized a Core Team walkthrough of our area, helping us to troubleshoot a number of problems.  We were lucky to have such a strong Core Team turnout, with representatives from District Dept. of Transportation (Public Space), Department of Health Rodent Control, Department of Public Works, Parking Enforcement, Consumer and Regulatory Affairs, Metro Police Dept., ANC Commissioner Alex Padro, and Jamaal Jordan from the office of Ward 6 Councilman Charles Allen.

During the walkthrough we discussed trash removal, rodent control, broken alley surfaces, sidewalk trashcans, 4-way stop signs on 8th Street, parking enforcement, storm drain flooding, and the increase in crime along/near 7th Street NW, to name just a handful of the issues.  These city agencies are now aware of our concerns on a firsthand basis. 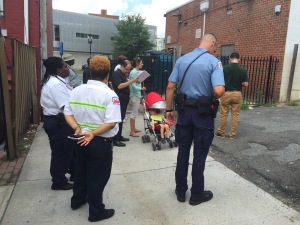 We’d like to give a huge thanks to the Mayor’s office for organizing this Core Team walkthrough, and especially to all the agencies for coming out to witness our problems directly. We look forward to working with everyone on an action plan going forward. In fact, the Mayor’s staff have already followed up on several issues – thank you! 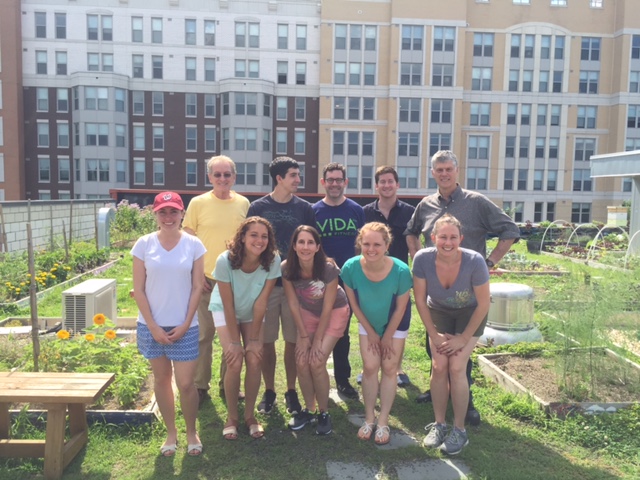 Five (and a half) members of the Central Shaw Neighborhood Association (Ray R, Walter, Ray M, Lesly, Katya, Dmitri) plus a friend (Pilar) volunteered yesterday afternoon at Bread For the City. We were joined by volunteers from the Immaculate Conception Church on 7th & N as well. We participated in the gleaning program, sorting and bagging fresh vegetables that were donated by local farms and farmers’ markets. The food will be distributed to customers and families in need at the 7th St location and the SE locations.  Thanks for volunteering your time everyone. We’re looking forward to organizing more efforts like this in the future.

After volunteering we toured the 22,000 square ft facility. It was beautiful!  Bread for the City offers the following services: 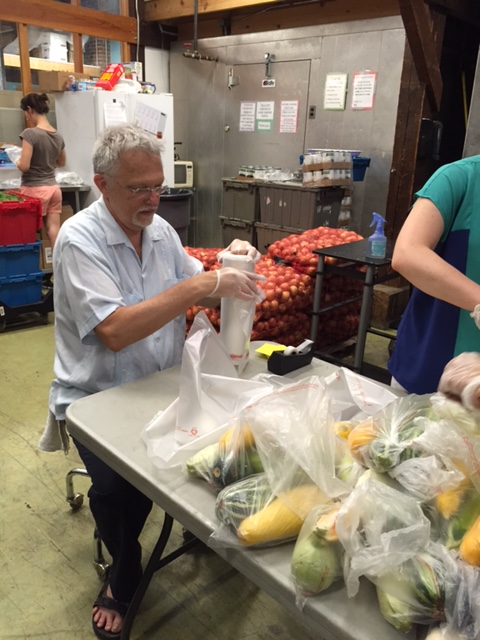 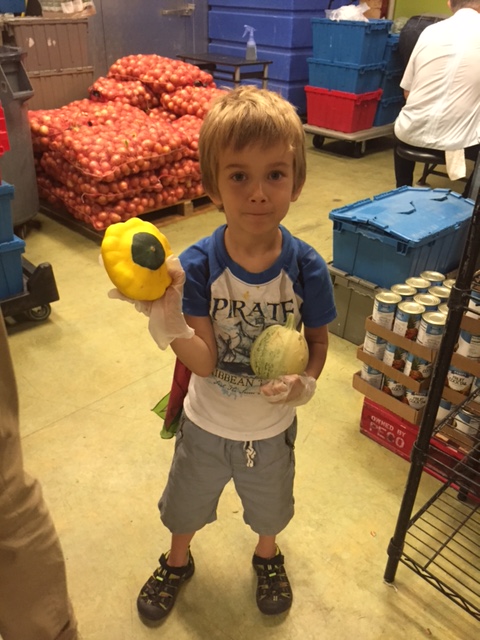